St. Louis Firearms Instructor, "The industry as a whole has seen the market shift." 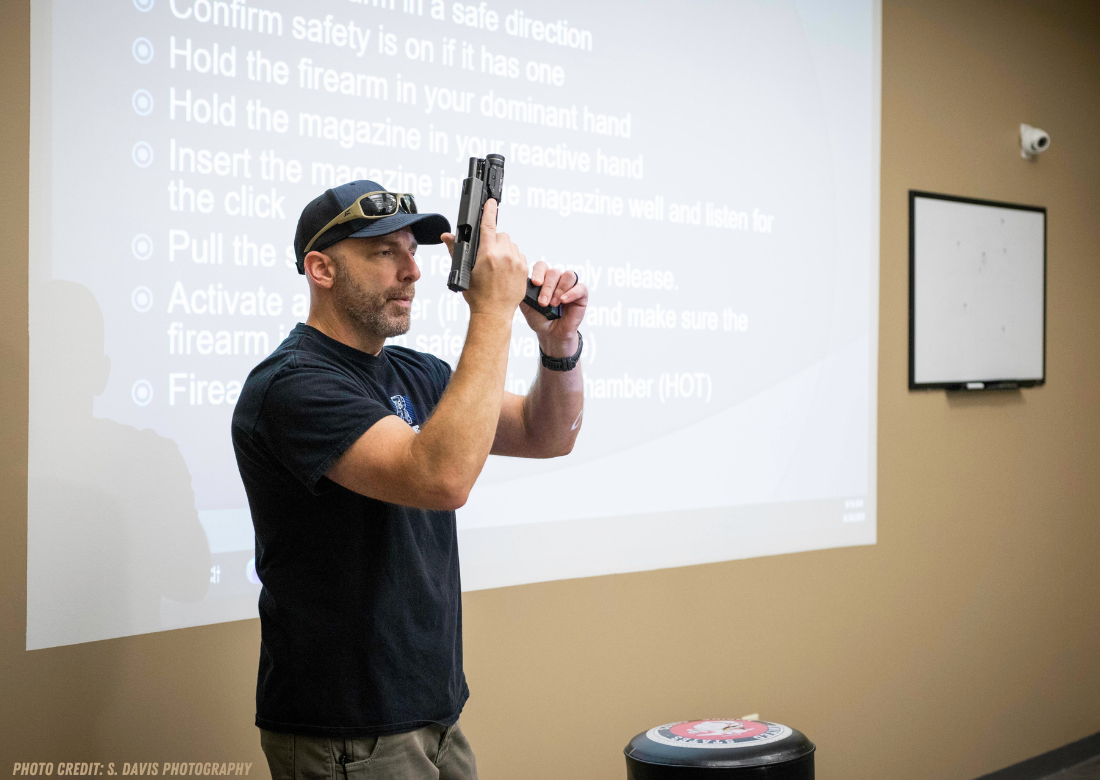 Not every firearms instructor is alike. Some are better than others at teaching, demonstrating, and communicating. Others do a terrific job with new shooters vs. experienced students. As I pointed out an earlier article, finding the right instructor for you can be easy once you tap into the gun community, both online and in person.

Marine Corps veteran Phil Balsamo manages the training department at The Range St. Louis West, voted the best indoor range in Missouri. Recently, I had the opportunity to sit down with Phil to pick his brain about what he's learned from his years teaching both new and experienced shooters.

What is your background overall?

Like a lot of people in Missouri, I grew up shooting long guns, rifles, that sort of thing, all the way through high school. I then spent eight years in the Marine Corps, working on bombs for airplanes, doing very little with handguns. I qualified with one once and that was it.

I got out of the Marine Corps and started shooting handguns with some friends and took some classes. Firearms are something I’ve always been deeply passionate about, so I had an interest in teaching, so I started pursuing it. Through other hobbies – skydiving, scuba diving – I discovered like to teach people. I have kind of a knack, am kind of a goofball, and can communicate and relate to people. I started teaching part-time for a couple of years and have been doing it full-time for over two years now.

What qualifications did you have to have to become an instructor?

My very first certification was an NRA Basic Pistol Instructors course. Today, they require you to take the Basic Pistol class, too, to prove some level of proficiency. I was pretty well versed and fortunate to take the class with a friend of mine. We were a small class, maybe eight students, all with a decent amount of knowledge coming in about firearms, so the learning curve was fairly small. 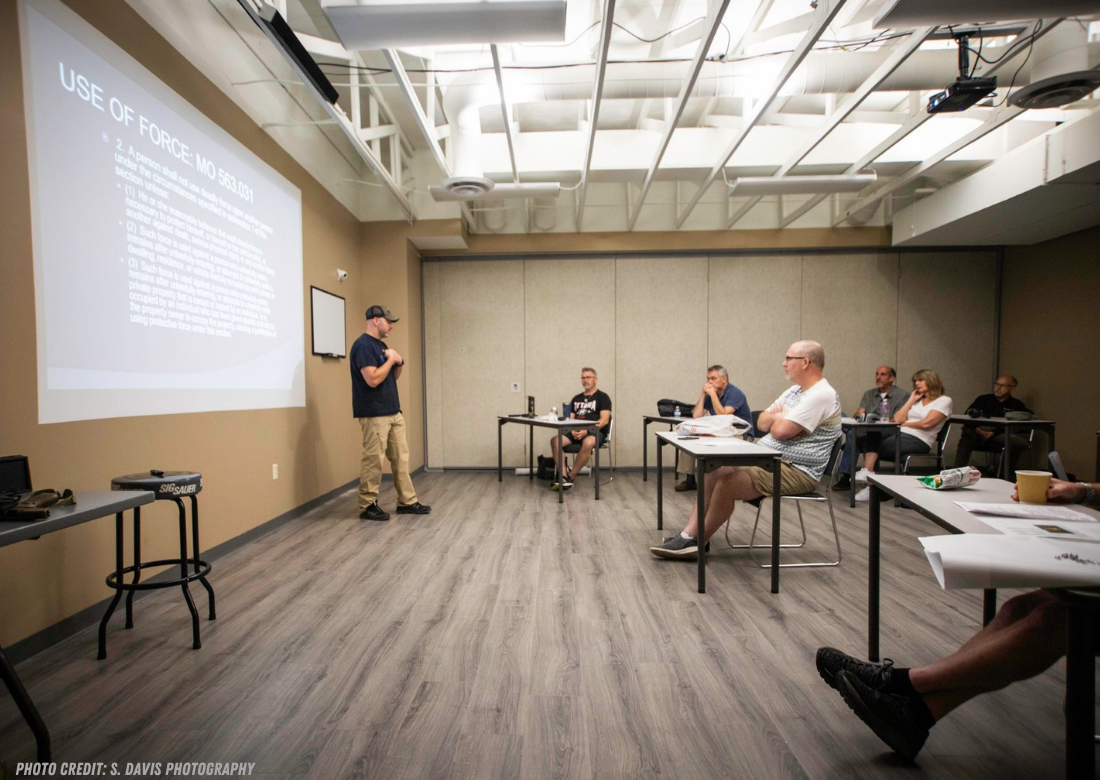 What classes do you teach?

I teach a lot of defensive handgun classes and defensive shotgun classes. I’m pretty passionate about shotguns. They’re not necessarily the best tool for home defense, but they are an underappreciated option as well as an often-overlooked option, as is the amount of skill required to run one. In the defensive shotgun class, we teach you how to feed your shotgun efficiently and keep it fed. I also teach lots of concealed carry classes, basic pistol classes, defensive handgun classes on various levels, and basic and defensive rifle classes.

What training scars do you find the most in your students?

I’d say the number one training scar I see is a lack of training. You have someone who has been shooting a long time, they grew up shooting, so they have a basic understanding of safety, but they’ve never really been taught how to properly hold a gun. I tell my students all the time, “Shooting a gun is simple. Doing it well is not.” It’s easy to hold a gun and be safe about it and pull the trigger, make the gun go bang, and put a hole in a piece of paper, but to be able to do it consistently and put that hole where you want it is a totally different thing. So I think the biggest training scar I see is the lack of training. I have students sign up defensive handgun class and they aren’t quite ready for it when they realize the way they grip the pistol – whether it’s tea cupping or something else – they will pay the price in efficiency in a class that’s pushing them a little bit. 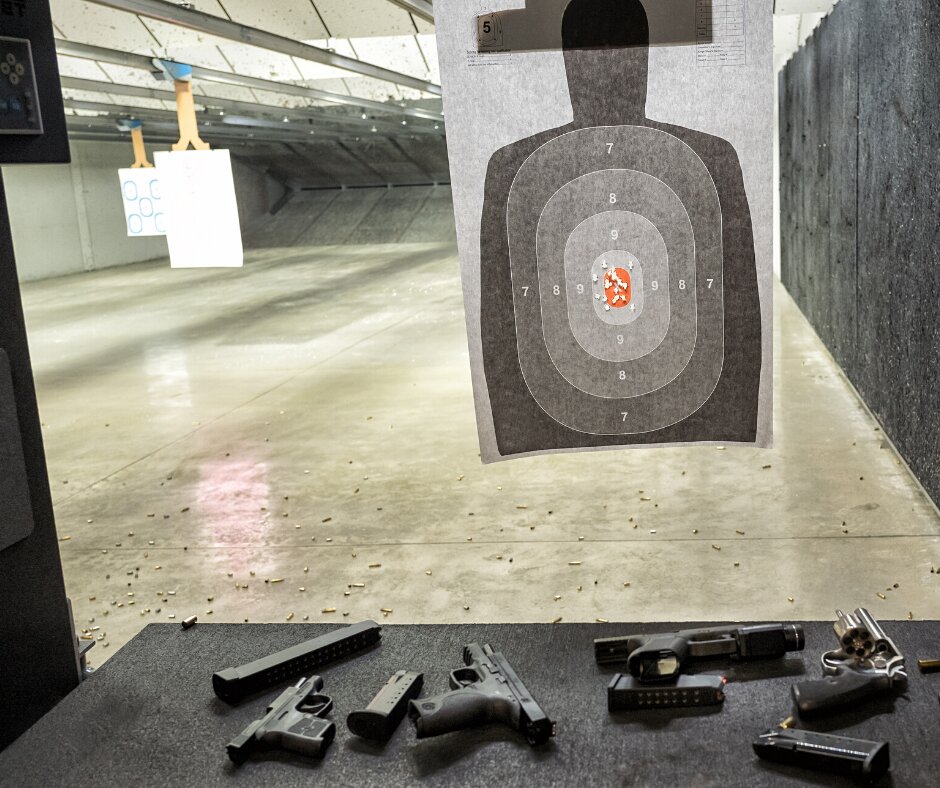 How has training changed since you started?

When I first started doing it, it was more about people thinking about buying a gun just because their dad had one or their friend had one and they kind of got to shoot every once in a while. In today’s environment, we definitely see a much larger emphasis on home protection and personal protection, especially in the last four to five months. For example, our basic pistol class isn’t centered around home defense, but when we go around the room asking why folks are there, now it’s everyday people saying, “The world’s gone crazy and I want something for home defense or I’m thinking about starting to carry and gun.”

And there are definitely a lot more women getting into this, which is good. A lot of our classes lately have been predominantly female. The industry as a whole has seen the market shift. There is a stigma around the gun community of being very male-dominated, good ol’ boy, but newer facilities have to make the shift if they’re going to survive. 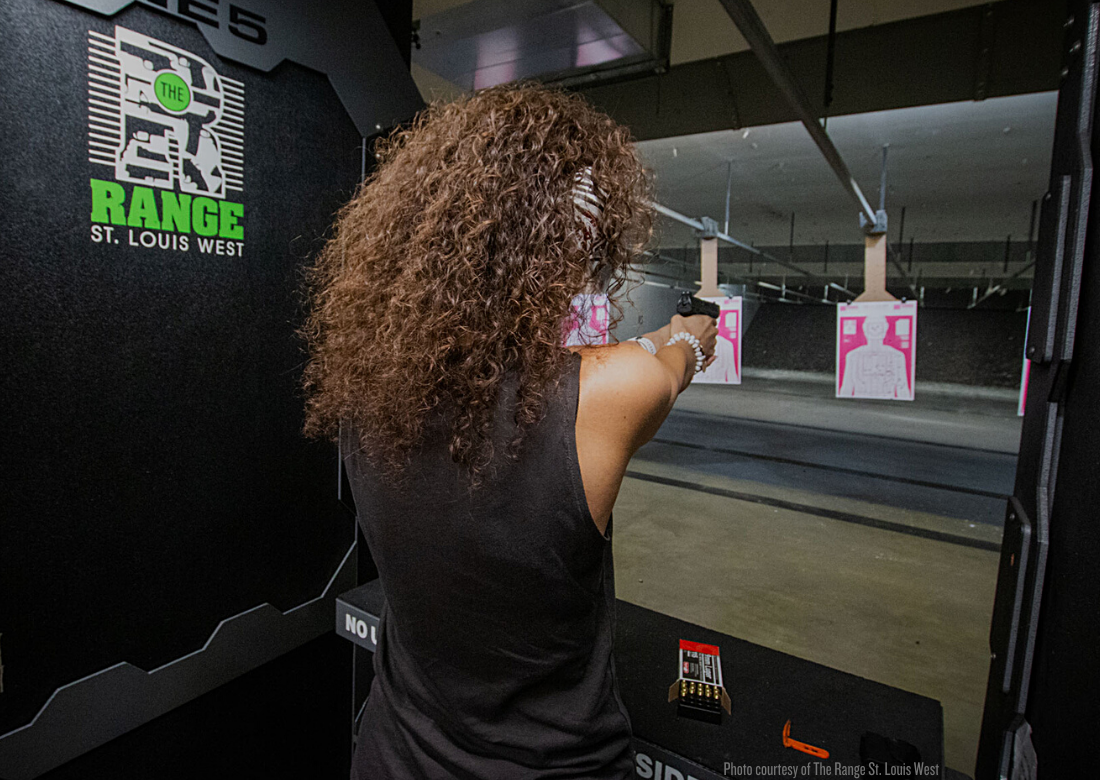 How do you work with a student who needs a bit of extra attention, especially with a full class?

You’ve pretty much always got at least one student in each class who needs that extra level of attention. I like to give that person a little extra attention if I can, but sometimes that’s just not possible, so I might need to tell that person that they need to stop for the day. Private lessons are where we will try to direct that person, if we can, just to communicate they need a lot more help than I can give them in a group class setting, and most people get it. Fortunately, it doesn’t happen that often. Sometimes I can just have them stop while I go work with others in the class and them come back to them.

It can get draining, but the reward is there. I can tell a student a hundred times to line up their sights – over and over because they’re just not getting it – and then another instructor steps in and suddenly the light bulb goes on and the student gets it.

Sometimes it’s just a matter of communication style. You say it 500 times in classes and it gets old and tiresome, but then you see that person who you told 20 or 30 times suddenly have the light bulb go on. I said it 29 ways but somehow the 30th way clicked – that “ah-ha” moment that makes it all worth it. Suddenly they see a marked improvement in what they’re doing, and they want to come back and do it again.

What is the most fulfilling part of being an instructor?

The payoff for me is absolutely those “ah-ha” moments: the student who tells me at the end of the class that someone dragged them there and they didn’t want to come but in the end they had fun and learned a lot. When I can have someone walk up to me and say, “I was shooting really cruddy before and wasn’t have any fun doing it, but now I’m shooting much better,” that kind of stuff is what makes it for me. It’s really the newer students that I get the most out of. Training them and seeing their progress gives me is the greatest reward for doing what I do.

Whether it's to learn basic firearm safety, receive your carry permit, or an advanced firearms training class, there are great instructors like Phil all across the country with training courses tailored to your specific needs.

Learn more about Phil, the instructors, courses, and events at The Range St. Louis West by clicking HERE. 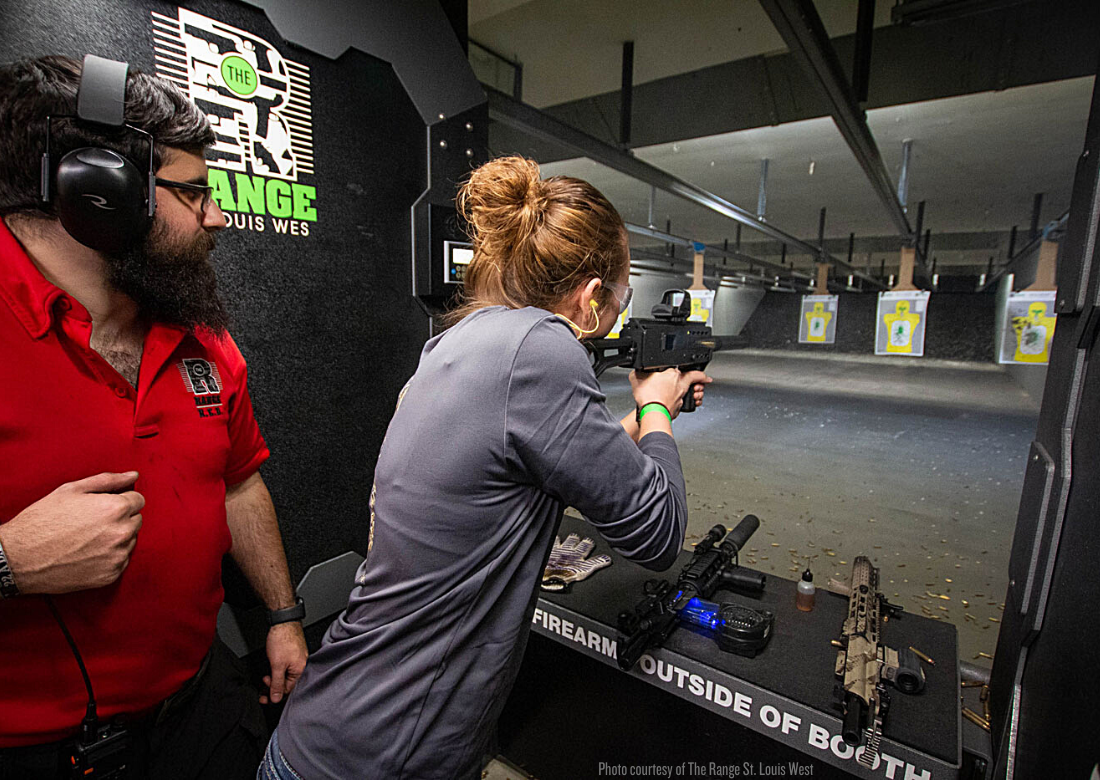 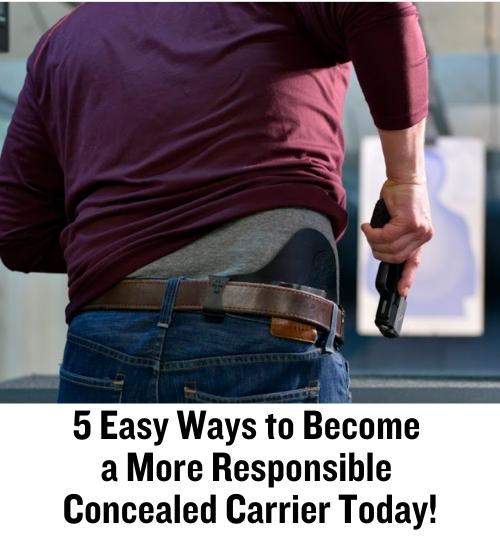 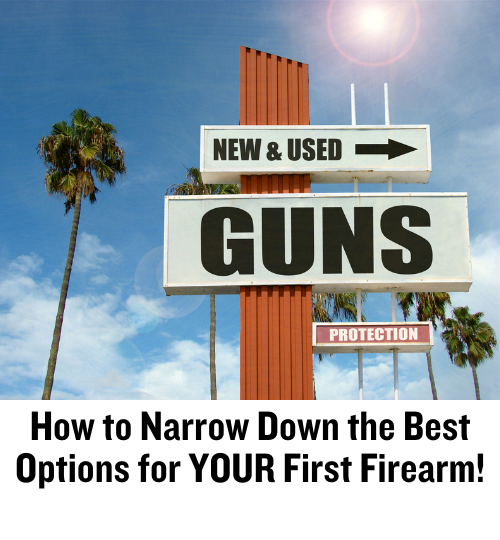