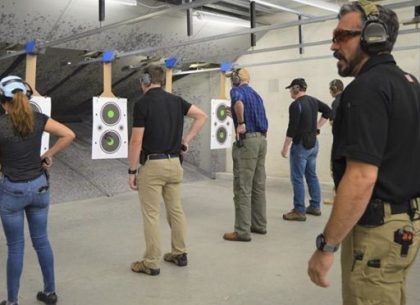 They are very different and should be treated that way.

In most states, concealed carry permit applicants must not only take a class ranging from as few as four to as many as 16 hours (yes, Illinois, we’re looking at you here), they also have to put rounds down range to demonstrate at least a modicum of marksmanship that shows they know which end of the gun to point which direction and how to pull the trigger.

If you live in one of the few states, such as Washington and Utah, that doesn’t require you to shoot a qualification to get your concealed carry permit, you might not relate to this. For the rest of us, however, this will hit home.

For example, in my home state of Missouri, applicants must shoot a total of 40 rounds from 7 yards into two B-27 targets. The first 20 rounds go into a practice target to get the shooter used to the gun they are using (vital for first-timers using an unfamiliar rental) and the environment of the shooting range, which can be more than a little intimidating for new folks. Accuracy doesn’t matter for this first target because it’s just for practice. The shot-up first target is then taken down and typically thrown away. 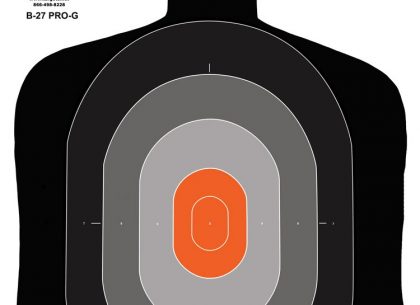 The second target is the one that counts. To qualify, a shooter must hit 15 out of 20 rounds into the target, somewhere on the silhouette. They don’t have to be in the middle 10 ring, just somewhere on the ink. Head shot, shoulder shot, center mass shot, all count the same. About 99% of students pass on the first try. To date, only two of my students have failed on the first try, and they both returned the next day and passed. I’d like to think it’s my stellar instruction that accounts for such a high success rate, but really the qual isn’t all that hard. We had a legally blind (not kidding) student pass.

The biggest lesson I offer my students after they pass is that what they did just now bears little resemblance to what will likely happen if they get involved in a real gunfight where lives are on the line. So while I’m all for states requiring a demonstration that a concealed carrier can at least shoot a gun, it’s not the same as real life.

The range is a very controlled environment:

If these students ever find themselves in a real gunfight, all the bullet points above go away, replaced by these:

One more critical element that is usually not part of the concealed carry qualification: drawing from a holster. In the real world, gunfights start by drawing the gun from concealment or at least from a holster, concealed or otherwise. This is a specialized skill that requires excellent training and a ton of practice to be proficient. 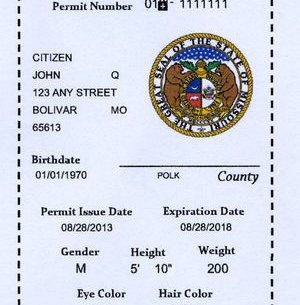 While getting a concealed carry permit is certainly a major step toward protecting yourself and your loved ones, it is just the start. Passing a basic shooting test shows only a minimum competency with a gun. If you take your self-protection seriously, seek advanced classes that go way beyond the minimum state requirements to carry legally. The plastic card in your wallet won’t protect you from bullets. Train, train, train, and train some more. Then practice those skills until they are second nature. Then – and only then – will you be equipped to protect yourself.