Although Timeless and Reliable, is the 1911 Hopelessly Outdated?

More than a century ago John Moses Browning created the 1911 automatic pistol. Over time, the design has evolved slightly to be mass-produced and generally. However, the 1911 itself is still essentially the same platform it always was. The 1911 is a single stack, single action only platform with a manual safety and grip safety.

The design is reflective of its time but it still continues to be a popular choice for many individuals. I dare to say the 1911 is likely produced by more companies than any gun outside of the AR 15. You can even build one from an 80 percent lower receiver.

The question remains is the gun outdated? Even hopelessly outdated? 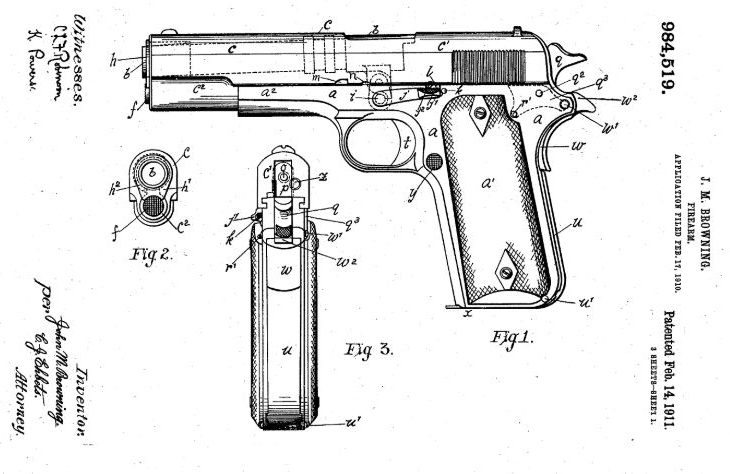 The Evidence Against the 1911

What makes me think the 1911 is an outdated platform? Well, there are a number of reasons why I would not carry or employ a 1911 in a defensive role when better choices are offered. The reasons include the gun’s capacity, weight, reliability, and even their price. I want to elaborate on these reasons in depth.

How much does capacity matter? Can you get the job done with 7 rounds? Of course, you can. The 1911 holds anywhere from 7 to 9 rounds depending on size and caliber which isn’t that different from a gun designed for concealed carry. However, the 1911’s capacity and size are not comparable to a concealed carry gun. Even small 1911s like the Springfield EMP in 9mm have a low capacity compared to their size.

The Springfield EMP is nearly as tall and as thick as a Glock 19 but holds only 9 rounds. The SIG P365 with it’s 12 round magazine is still thinner and shorter than the EMP. The 1911 does not offer comparable capacity when size and purpose are put into perspective. 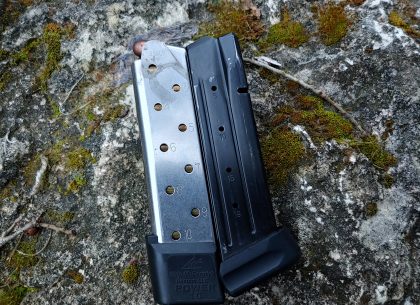 The all-metal design of the 1911 adds significant weight to the platform. As we’ve discovered the design of modern handguns can utilize substantial amounts of polymer without compromising the weapon’s integrity. This cuts weight without sacrificing capacity or size. The SIG P320 in 45 ACP weighs 39 ounces when loaded with 11 rounds of 45 ACP. A comparable Springfield 1911 weighs 43 ounces empty. Even the big CZ 97, another all-metal gun, weighs 46 ounces loaded with ten rounds of ammo.

The gun is just heavy due to its design and trimming weight is possible but it tough to consider a 1911 with a polymer a real 1911. Albeit these polymer frame1911s can cut nearly 11 ounces off of the design. The 1911 is a sturdy design which does make it a harder to carry gun. That boat anchor weight will be felt as the day wears on.

The 1911 was designed to be a very simple weapon, and it was intended to shoot a 230-grain hardball FMJ round in the so-called Government configuration. If you keep the 1911 in this configuration and test it for the right ammo, you are usually good to go. Problems have occurred with these guns when you try to shrink them or get crazy with the ammo. In my experience, you have to find the right ammo that fits the gun. My RIA 1911 is one of the cheaper models and only likes 230-grain FMJs. Some JHPs will be worth it, but not all.

Size-wise, it is an entirely different issue. Small 1911s are famously finicky. Advances have been made, and companies like Colt, Springfield, and Remington have made prosperous production compact 1911s. Not all companies can claim this however and purchasing a compact 1911 should be done with a ton of research. 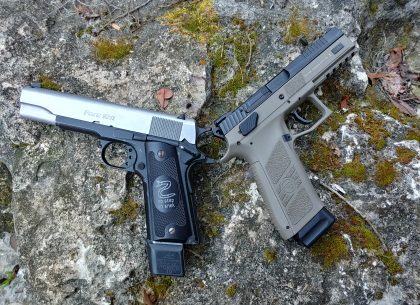 Rock Island Armory rules the current budget 1911 market, and other small companies like ATI also have a hand in the market. Even budget 1911s, bare-bones, bottom of the barrel guns are still nearly as much as a modern polymer pistol. The Ruger Security 9 sells for less than the cheapest 1911 I can find on the market. 1911s are not the most inexpensive guns, and even budget guns are costly compared to modern pistols.

Listen, I enjoy the 1911 as a fun gun to shoot the same way I enjoy single action army clones. They are interesting and integral to firearm’s evolution, but I feel their time has passed. With modern ammunition, the .45 ACP no longer rules the roost. The 1911 platform is a big, heavy, and expensive option compared to the rest of the market. I don't doubt someone with a 1911 can defend themselves. However, I can do the same thing with a lighter, easier to carry weapon with double the capacity.

What do you think? Is the 1911 outdated? Share your opinion in the comments below, we want to hear from you!