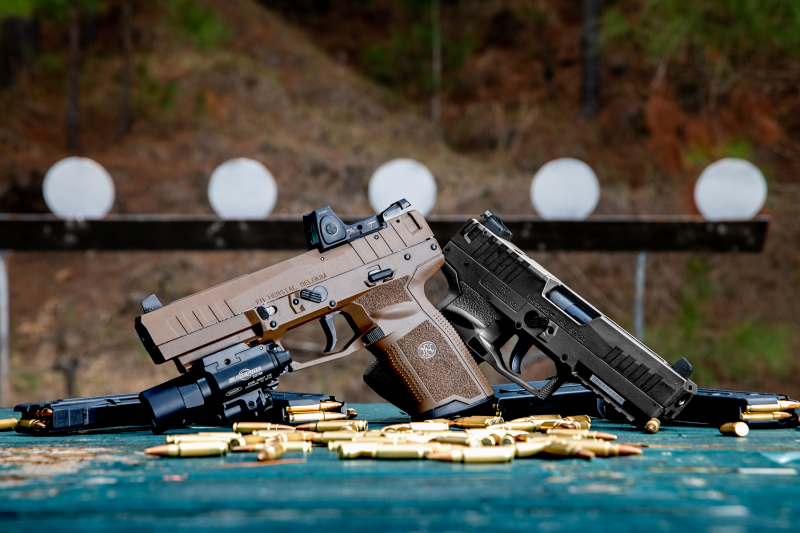 The little 5.7x28mm round has made quite the comeback in recent years.

Both PSA and Ruger introduced new 5.7x28mm handguns, and various rifles and large format AR-type pistols have also seen an increase in popularity. FN even felt the pressure and released an updated Five-SeveN pistol earlier this year. This has led a few people to ask, is 5.7 worth carrying? 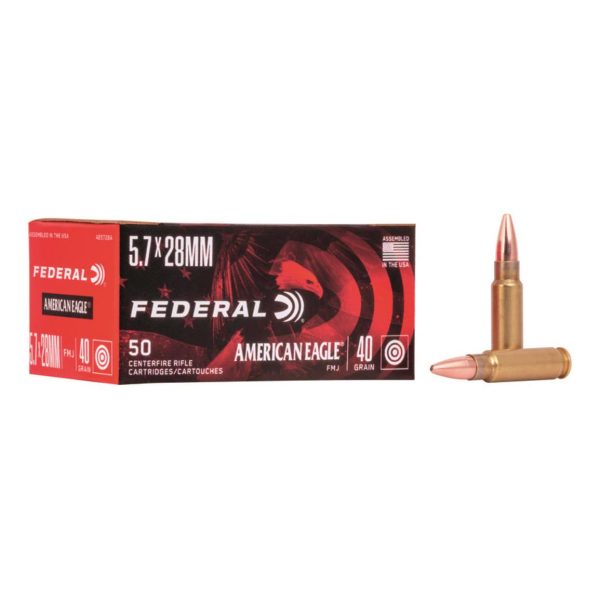 It's tough to give definite answers because everyone has a different scenario and lifestyle that might affect the answer. While I can't for sure tell you yes or no, we can examine the pros and cons of the 5.7x28mm round for concealed carry.

The 5.7x28mm came around in 1990 and was part of a request by NATO for what they dubbed a personal defense weapon. The idea was to produce a weapon more effective than an SMG but lighter and smaller than a rifle. FN developed the P90 PDW, a selective fire, SMG-sized weapon, and the 5.7x28mm round. Alongside the P90, they produced the Five-seveN pistol. (I'm spelling Five-seveN that way because that's how FN does it. 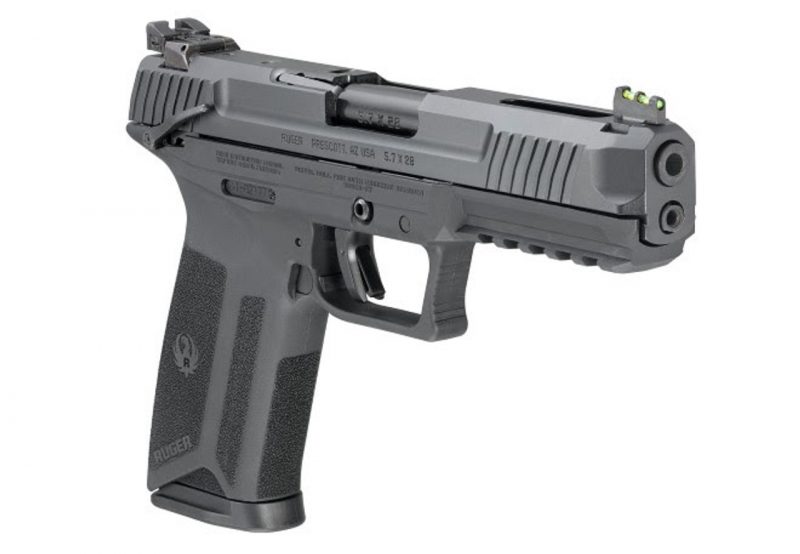 The PDW project never got out of the testing phase, but the P90 saw adoption by numerous military and police forces. FN made the pistol available, but it was a bit of a niche weapon until recently.

The 5.7 round is a completely original design. It doesn't have a parent case. It's a micro rifle round, essentially. It uses a short 28mm case that's bottlenecked to the 5.7 mm round. The round uses a spitzer-type projectile. The original intention was to pierce soft armor and metal helmets. This has led to several different rounds of 5.7x28mm existing. Certain loads are designed specifically for armor-piercing capabilities and aren't offered to the civilian market. 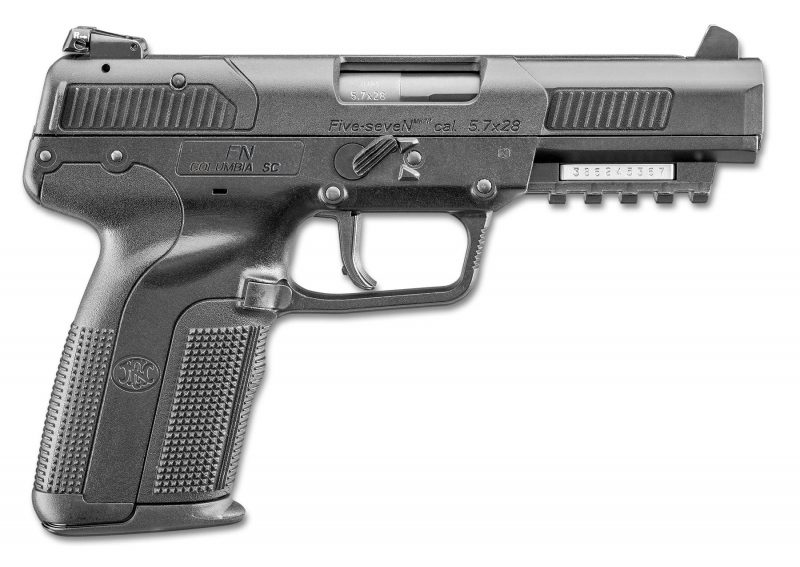 For years FN was the sole source of ammo and released the SS195LF and SS197SR for civilian use. Over the years, a few more companies have jumped on the 5.7x28mm train. For concealed carry, we do want a round that penetrates deeply but also has the potential to expand and will not over penetrate, and luckily the aftermarket has taken care of that.

Why is 5.7x28mm so attractive to some? The round does offer some serious advantages. For one, the round has a fairly mild recoil pattern. It's significantly less than your standard 9mm round. It's soft shooting, although it always seems much louder to me. Less recoil means faster follow-up shots and more accurate follow-up shots. That's a fairly worthwhile advantage.

The cartridges create a thick grip but stack nicely. This allows you to have a surprisingly high capacity in a flush-fitting magazine. The Five-seveN holds 20 rounds in its flush-fitting grip, as does the Ruger 5.7. That's a fair bit of ammo for a handgun. 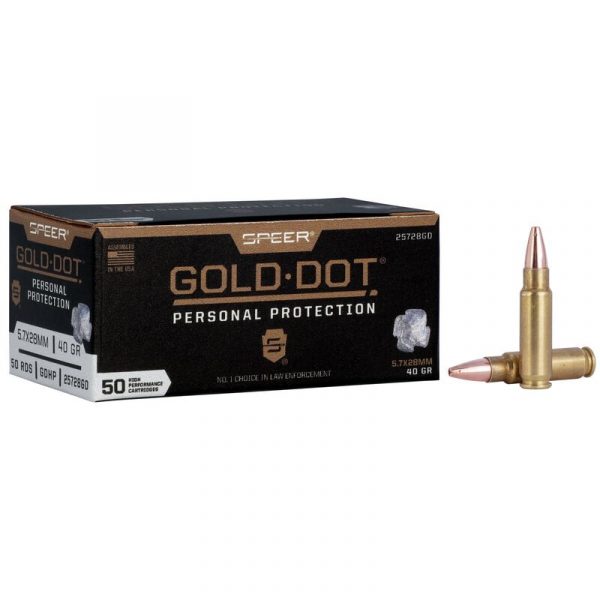 The 5.7x28mm offers great range potential. It's relatively flat, shooting out to 75 to 100 yards. For your average concealed carrier, that kind of range isn't a major concern, but if you live out in the country like me, your carry gun is also your pest deterrent gun. Seeing and being able to hit a coyote or hog at longer ranges can be a valuable service to yourself and your neighbors.

While the projectile is fairly small, it's moving fast and does penetrate well. The FMJ sporting rounds from FN aren't going to the rounds I'd use for self-defense. The Speer Gold Dot 40-grain JHP loads seem to be the premier concealed carry round for these guns. They consistently meet FBI standards in ballistic gel through both heavy clothing and even light barriers.

There is no such thing as a free lunch, and carrying a 5.7 handgun has some challenges. First, the guns are fairly large. The barrel lengths are usually around 5 inches putting them on par with a full-sized 1911. The little cartridge doesn't do well in compact or subcompact barrels. Big guns are often harder to carry comfortably.

Ammo is also pricey. It's not popular enough to get even close to 9mm cheapness. This means both your carry and training ammo can be a financial strain. A box of Speer ammo is almost 90 dollars. 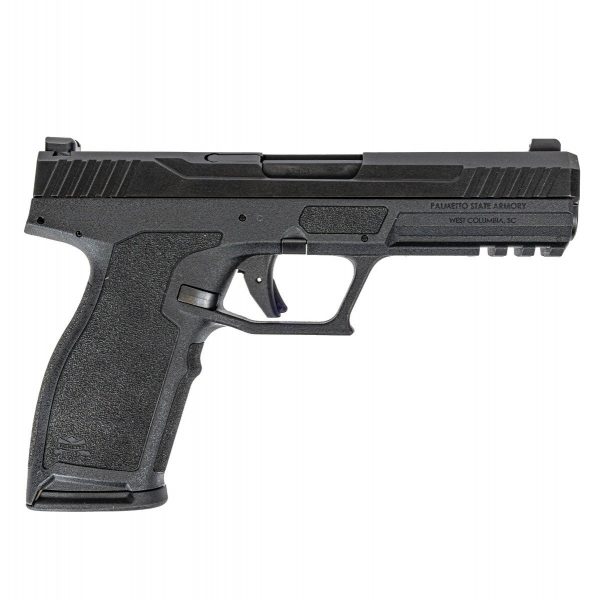 If you decide to go the 5.7 route, then I do have some advice. First, get a good IWB or appendix rig. Carrying OWB and keeping the gun concealed will be a challenge. Second, really consider adding a red dot to your gun. Red dots allow you to shoot faster and further with greater accuracy. If one of the advantages is a longer effective range, you might as well make good use of it.

Second, invest in good ammo. After seeing some gel and ballistics tests, my suggestion would be the Speer Gold Dot 40 grains JHPs, but that doesn't mean it's the only choice. Choose something designed for self-defense, not sporting purposes.

Oh, and be prepared to open that wallet. If you can't afford to train with your fancy 5.7 pistols, then consider a different caliber.

If you can do the above three things, you'll be ready to pack that big, modern mohaska on your hip and carry on.