In my heart is a warm and safe place for revolvers. Who can look at the beauty of a six-gun and say, “Nope a Glock looks better.” Nothing against Glock, but they ain’t sexy. A revolver is different though. They are timeless. I like to think of them as mechanical watches compared to smartwatches. They are price comparatively, but the mechanical watch often does a lot less than the smartwatch. However, the mechanics, the design, and the look of the watch will always be better than the smartwatch. This entire paragraph is how I lead you into the SHOT Show 2019 lineup of Colt Cobra revolvers.

The Colt snake guns are without a doubt the sexiest of revolvers and in 2017 Colt brought back the Colt Cobra as the first new snake gun to be produced in what feels like centuries. The Colt Cobra is a simple gun. It's a compact, snub nose revolver, that carries six rounds of 38 Special. The new Colt Cobra has a stainless steel finish, a 2-inch barrel, a rubber grip, and an exposed hammer. It’s not the smallest of revolvers, but it is a great compromise when it comes to size and comfortable shooting.

The Colt Cobra was successful enough that we are now seeing multiple models of the famed gun forming what I call the Colt Snake Pit. Inside the pit is the Colt Cobra Classic. This gun is my personal favorite. It’s a standard Colt Cobra in design, but the difference is in looks. The grips are wood and sport the silver Colt Prancing Pony emblem. The cylinder is a high gloss nickel, and the front sight is a gold bead. All together this forms a lovely looking gun with classic lines and stylings. The Colt Cobra Classic is the best examples of the excellent qualities of a revolver. 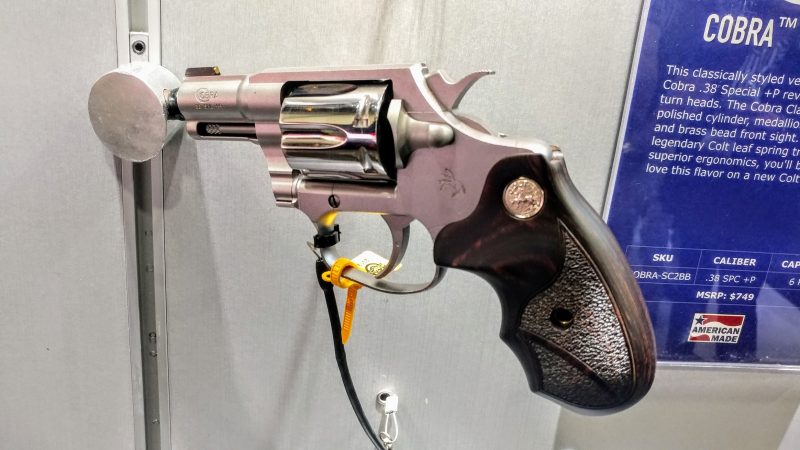 Next in the Snake Pit is the Night Cobra. This design is for low profile carry and is the ultimate in a Cobra concealed carry revolver. The revolver is all black which makes it easier to conceal under dark clothing and less eye-catching. The finish is a DLC or Diamond Like Carbon. DLC is a powerful finish that is resistant to holster wear and sweat. The grips are a custom G10 that’s textured, but not overly aggressive in design. This texture keeps the gun from chafing you when carried IWB. Another significant change is the bobbed hammer for a double action only design, as well as a Trijicon Night sight. The bobbed hammer makes the gun more comfortable to conceal, especially in an IWB holster. The night sight means its ready 24 hours a day for whatever life throws at you. 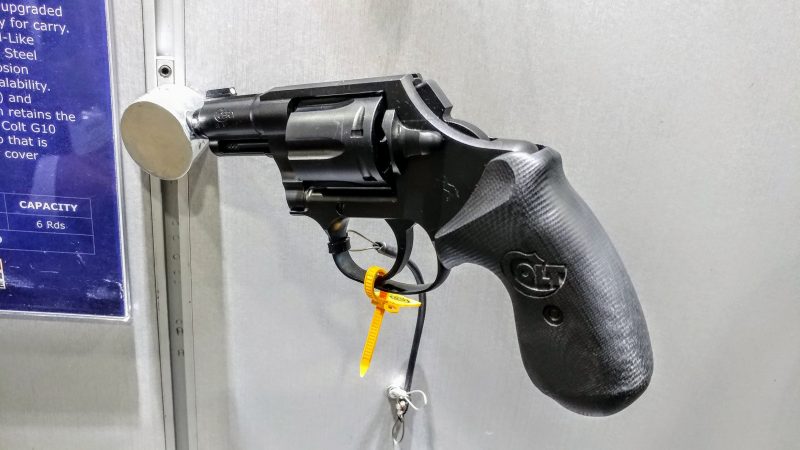 The latest and some will say greatest in the Cobra line is the King Cobra. The King Cobra is a 357 Magnum gun that uses the Cobra’s frame to create a compact revolver. The gun does have a longer 3-inch barrel and a full-length grip but is still easy to carry. The compact frame does make the weapon smaller than something like a K-Frame Smith and Wesson. The King Cobra is a bigger, more massive gun that is substantially more powerful. It still carries six rounds and has a brass bead front sight. The King Cobra is their newest revolver and one of the most exciting guns at SHOT Show. 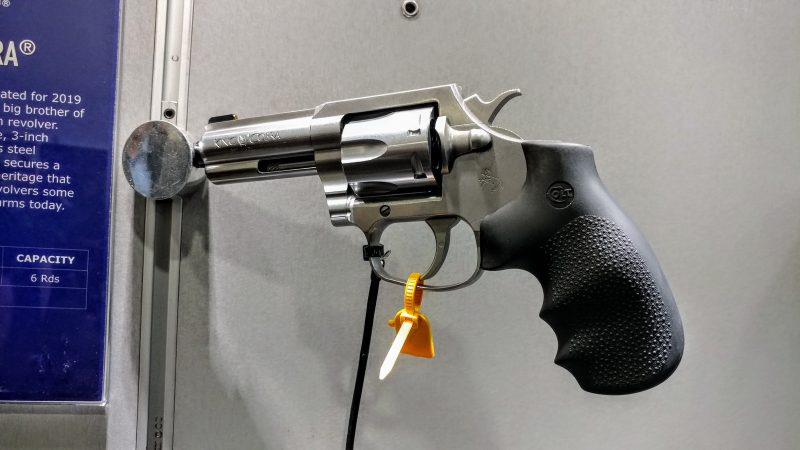 The Cobra line feature outstanding triggers, amazing construction, and every finish looks brilliant. Colt took their time in building these revolvers. They are perfect for concealed carry, and with the right holster, a six-gun can disappear in light clothing without issue. The Colt Cobra and King Cobra deserve their status as Snake guns and Colt put their best foot forward in the design of these revolvers.