PDN TRAINING TOUR GIVEAWAY - $7,000 worth of Guns, Gear, and Training!

CrossBreed® Holster’s caused quite a stir with our Ultimate Giveaway a few months ago. Ever since we concluded that giveaway, which featured nearly $10,000 worth of products, we have been bombarded with requests for when we will offer it again.

CrossBreed was founded on a different idea from what the status quo was doing. When everyone else wanted to create a different version of the same holster, our founder, Mark Craighead, took a fresh perspective by creating the legendary hybrid holster, the SuperTuck®, and turned the concept of comfortable, truly concealed carry for tens of thousands of folks into a reality.

In keeping with that tradition, we wanted to ensure the next guns and gear giveaway was even better than the last and to give everyone a new kind of giveaway with just as many awesome prizes! With that, we’re proud to be a part of the “Yours & Mine Guns & Gear Giveaway” from Brand Avalanche Media.

CrossBreed® has partnered with Springfield Armory®, GunVault®, Action Target®, Hexmag®, and Polycase® Ammunition to offer an amazing variety of products available to win when you enter. The best part is the winner will be able to share their guns and gear with a lucky friend, family member, or loved one! Entries can be made HERE and will be accepted until June 30th, 2017 at 11:59 PM EST.

Some of the great items offered with the giveaway are: 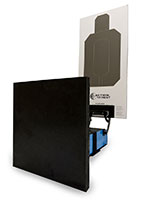 Don’t forget to check out these great sponsors and their gear when you get the chance. Good luck to all who enter!

Terms and conditions and additional details can be found at www.yoursandminegiveaway.com.